Re-Post on Why I Left Vanilla Heart Publishing

I have been asked to re-post this story about Vanilla Heart Publishing and their unethical business practices; so here it is.  If you are an author seeking a publisher or if you know of an author seeking representation, please read this and heed the warning.  Vanilla Heart is not the only small press publishing company guilty of these charges.  Do your homework before signing a contract with ANYONE.  Protect your rights and your work from scam artists and liars like Kimberlee Williams and Vanilla Heart Publishing.

In October 2010 I signed a contract with Vanilla Heart Publishing to publish my debut novel, No Easy Way, which was nominated for the 2010 Molly Award by the Heart of Denver Romance Writers.

In August 2013, eight novels later, I terminated my relationship with Vanilla Heart Publishing on the grounds of a severe breach of contract, misrepresentation, fraud and theft pertaining specifically to Articles #5, #7, #10, and #11 of the contract.

During my stay at Vanilla Heart, I upheld my end of the agreement.  I continued to write novels, producing eight in less than three years.  I continued to submit my novels to Vanilla Heart first, as per our contract she was entitled to a thirty day right of first refusal on all Just Call Me Angel books.  I continued to blog, participate in blog tours, promote and market my work through book clubs, book signings, holding contests and networking via numerous social media outlets (Twitter, LinkedIn, Facebook, Pinterest, Goodreads, Instagram, etc.)  In return for my loyalty, I was lied to, manipulated and used.

Upon confronting Vanilla Heart Publishing with the breach of contract, misrepresentation and fraudulent activity, I was given no apology for wrongdoing nor was there an admission of remorse whatsoever.  Instead, I was sent a list of termination items wherein it was stated that I was “not to discuss the Author’s Group or any information from that group, or discuss Vanilla Heart Publishing, nor speak as an agent or former agent of the publisher, either by verbal, written, or electronic communication with any persons, groups, or agents.” It goes without saying that I did not agree to this and, per the advice of my attorney, informed Vanilla Heart that all statements that are factual, unbiased and can be proven with subpoenaed records, email correspondence or any other written form of communication do not fall into the category of slander or libel and are allowable for discussion in any setting, person-to-person, blog, group format or social media.

My attorney is now in the process of reviewing back royalty statements from all of the distribution channels and thus far the information I have received from Vanilla Heart Publishing does not come close to matching the real reports in number of books sold nor in amount of money owed.  I sit amazed at how I have been ripped off for almost three years.  It saddens and angers me.


I requested royalty statements from Vanilla Heart at least eight documented times since October 2010.  Every statement was falsified.  Every paycheck came months late.  I never even received a statement for 2012 from Vanilla Heart and the check I received doesn’t match the distributor’s royalty records for the quarterly periods during that time.  Each time I requested a statement or a check I was promised it and then given an excuse as to why it would be late.  The excuses ranged from severe medical issues to a gardening accident and countless laptop crashes, an accountant who allegedly printed the reports too small to be read and the post office that lost checks or statements along the way.  Every excuse added to the sour pit growing in my stomach.  Still, I wanted to believe that everything was on the up-and-up; but, over time,  there were just too many red flags. 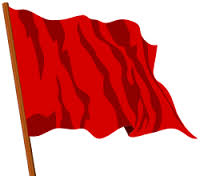 Little did I know, but several of the Vanilla Heart authors were experiencing the same frustrations I was.  No statements.  Late checks.  Excuses galore.  The problem was, for a long time, none of us communicated with one another.  We didn’t compare notes and that’s exactly how Vanilla Heart wanted it.  Manipulative phone calls from the Publisher psychologically pitted one author against another.  “She’s the next one I’m getting rid of,” was said to me on several occasions, referring to fellow Vanilla Heart authors.  The Publisher made a point to let everyone know who was in her “Core Group” and who was not.  I was in the Core Group and I think that was one of the reasons it never dawned on me that she might be breaching our contract at all, much less in so many ways.  I was made to feel “special” as if we had more than just a business relationship…as if we were “friends.”  Friends don’t steal from or lie to friends, my mind would justify… but the red flags waved.

It wasn’t until two of the Core Group authors left within a short period of time that I mustered up the courage to start asking questions and digging deeper into what was going on.  I dug out every contract, read through every email, analyzed my notes from phone calls, etc.  Every hour spent researching deepened the pit in my stomach and leant proof to the revelation I didn’t want to face:  Vanilla Heart was guilty.


Guilty of breach of contract.


Guilty of misrepresentation of intent.

On August 10, 2013 under the guidance of my attorney, a termination letter was sent to Vanilla Heart Publishing.  A complaint was filed with the Washington Attorney General’s Office and DCMA Take Down Notices and Perjury Statements sent to every distributor that carried my books under the Vanilla Heart imprint.  All books in all formats were pulled from the market.  The distributors worked quickly to make this right, as their policy is first and foremost to protect the intellectual property of the author.


I want to give a shout out to the employees at Amazon, Barnes & Noble, Smashwords, All Romance Ebooks/OmniLit and Payloadz who were amazing in getting my attorney the information we needed (and I deserved) and in helping to protect my intellectual property rights going forward.  These people were absolutely amazing and I am grateful to all of them.


My publisher used to call Amazon “Damazon” and always told me how slow and non-responsive they were.  That must have been a lie too…because after this experience, I would dub them “Amaz(ing)on.”

So, why am I writing this blog?  Because I feel a moral obligation to warn other writers who are as naïve as I was and can become easy prey.  The warning signs were there, but I didn’t see them…or I choose to look the other way.  Don’t make the same mistake I did.


In the past two months, seven authors have left Vanilla Heart… all of which were a part of the “Core Group.”  Some of us have found other publishers who have picked up our work.  I’ve signed with Global Publishing Group and my books will be back on the market in all formats by the end of the week. Others have decided to self-publish and still others are so shell-shocked they haven’t decided what to do.  What happened to us wasn’t fair and it wasn’t right, but we are all dedicated writers and will come out on top.


The moral of the story is:  Stay away from Vanilla Heart Publishing. 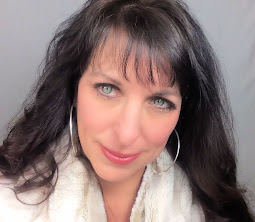